Recognising the importance of creating a positive environment, where early career researchers can advocate for change within the field of acoustics, we also have representation from UKAN+ early career members from Salford University, Seiche Ltd, Queen Mary University of London, and University of Cambridge.

The team form the UKAN+ investigators and determine the vision to steer the networks current operations and future developments, offering sound strategic, ethical and financial guidance. 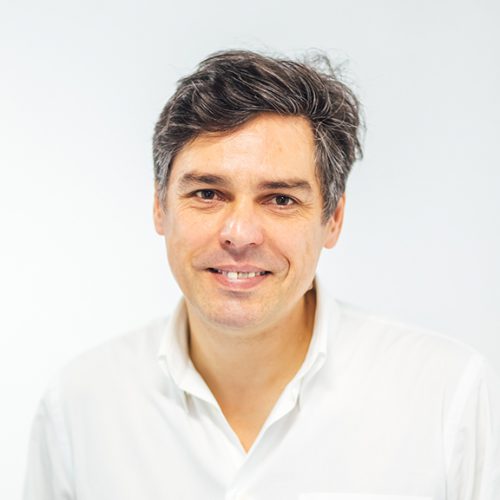 Kirill’s research interests are in acoustic sensing, robotics and porous media. He leads the EPSRC UK Acoustics Network Plus. He also leads the EPSRC Programme Grant to develop robotic autonomous sensing for buried pipes (https://pipebots.ac.uk/).  He is a Fellow of the Royal Academy of Engineering, UK Institute of Acoustics and Acoustical Society of America. He is a coordinating editor for the Journal of the Acoustical Society of America.  He is a founder of two successful spin-off companies which commercialised his research into acoustics sensing for sewer pipes (Acoustic Sensing Technology Ltd) and sustainable noise absorbing materials (now marketed by Armacell). He is a chartered engineer. 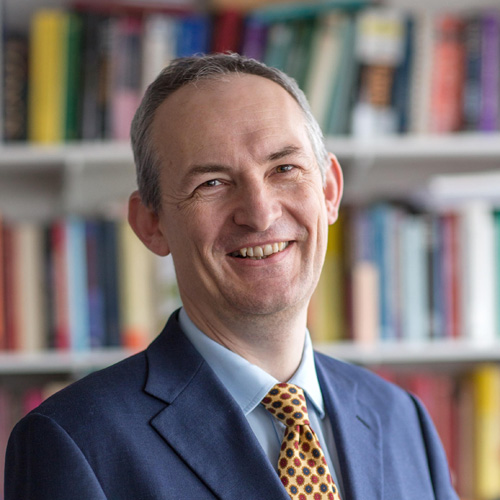 He has a track record of working with industry, sits on the scientific advisory boards of the Smith Institute and Multiwave (an SME in metamaterials), and has undertaken numerous consultancy and advisory roles for both industry and government. 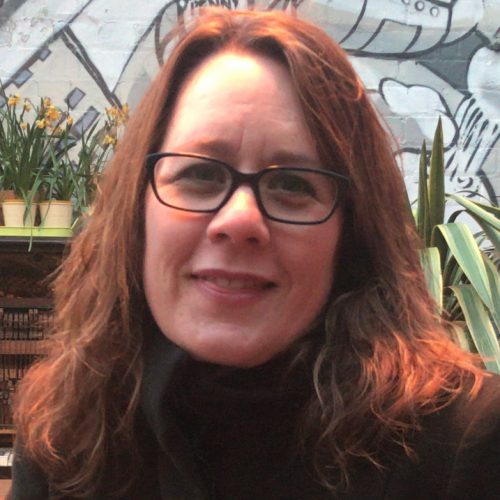 Zoë started her career in financial services, gaining professional qualifications in financial planning and investments.  A move to higher education provided extensive experience across the sector but with a focus on ED&I. More recently working at The University of Sheffield as a Project Manager on several collaborative research projects. These projects have included an EU H2020 Future Emerging Technologies Project and an ESRC Project supporting legal and accountancy mid-market firms to think differently about AI. As the Network Manager for UKAN+ Zoë is responsible for tracking the project performance, maintaining the UKAN+ network, coordination of the pilot call process, managing the projects finances and supporting Simon Chandler-Wilde, Lead for UKAN+ ED&I.

Zoë is the prime contact for any enquiries about UKAN+. 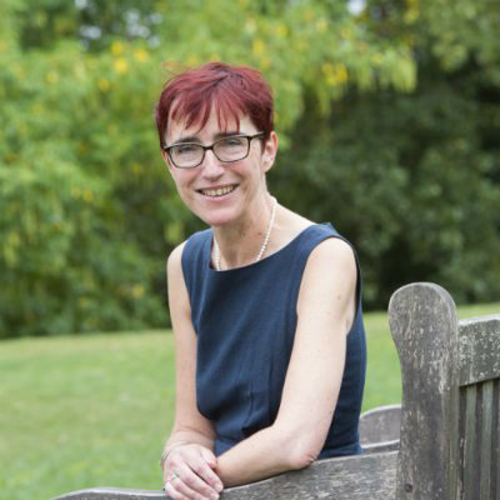 Abigail’s research is focussed on transport management and policy and most notably appraisal of the environmental effects of transport with a particularly the impacts and mitigation of noise and climate change.  Her work on the valuation of transportation noise nuisance has explored aviation and road transport noise using both revealed and stated preference techniques across a range of cities across the world. She chaired the Research Coordination Committee of the Institute of Acoustics (2016-2020) and a Board member of the Low Carbon Vehicle Partnership (2007-2011) and a REF Sub-Panel Member in 2014 Civil and Construction Engineering and in 2021 Engineering. 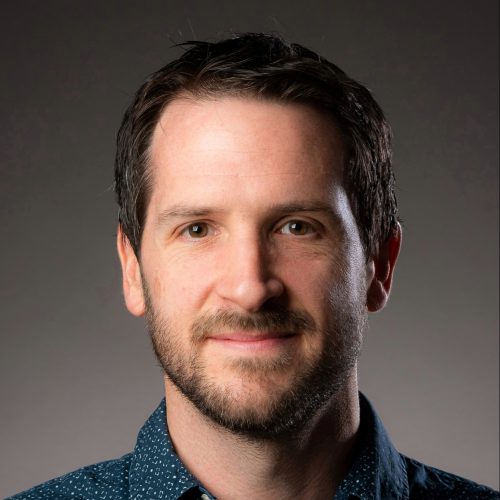 UKAN+ Acoustic Champion
Senior Lecturer at the University of Bath.

Prior to joining Bath, Alan was a Defence Scientist in the underwater acoustics group at TNO (Netherlands Organisation for Applied Scientific Research) in the Hague. His research interests are in underwater acoustics, signal processing and imaging, machine learning, and autonomous systems; he has published over 50 conference and journal papers in these areas. He is also an Adjust Associate Professor in the Department of Informatics at the University of Oslo and an Associate Editor for the IEEE Journal of Oceanic Engineering. 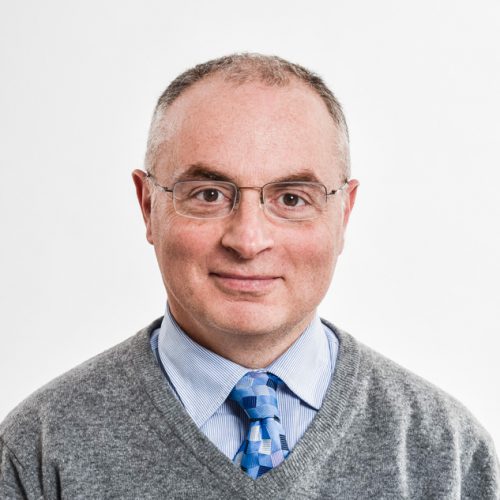 UKAN+ Acoustic Champion
Professor of computational aerodynamics at the University of Manchester.

Antonio Is a leading expert in aircraft noise and spends a lot of time tinkering hands-on with numerical models, large scale multi-disciplinary simulations, stochastic data handling, with applications ranging from advanced rotor systems to aero-engine intakes and aircraft in full flight configuration. He works at the interface where research has practical applications, for example when design and operational changes can lead to a reduction of emissions from airborne vehicles. 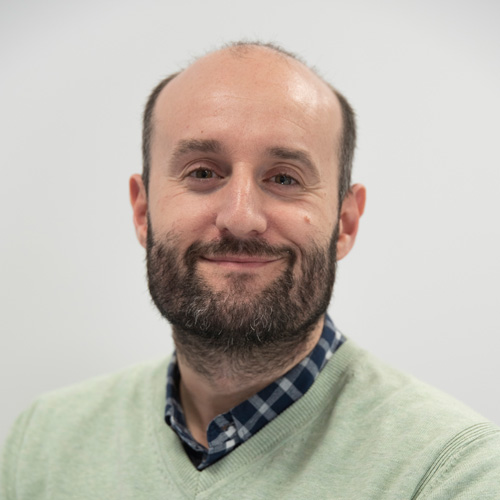 Dr Torija Martinez is an internationally recognised researcher with an excellent track record in the modelling of transportation noise (from road traffic to novel aircraft) and the assessment and management of community noise impact.  He has published more than 31 papers in world-leading peer-reviewed journals, including Nature Energy, and 1 patent (WO/2014/020213).   He has participated in several research projects funded by EPSRC, Innovate UK and industry.

Dr Torija Martinez has received five awards for his excellent contributions to Acoustics, including the Andres Lara Award from the Spanish Society of Acoustics. 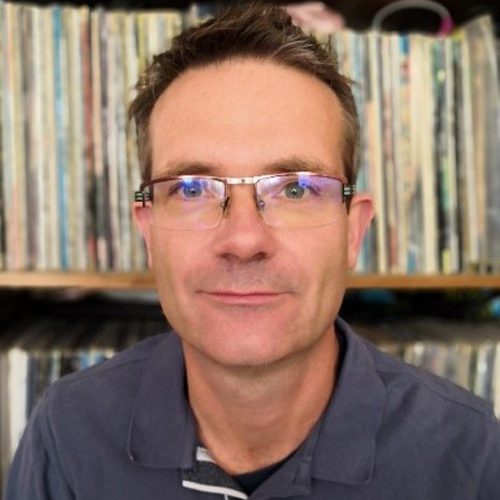 Chris is an auditory neuroscientist with wide interests in the mechanisms of hearing and hearing loss. He has a background in engineering and computer science, and is experienced in computer modelling of the ear and brain, neurophysiology and experimental psychophysics. He has worked on numerous basic science topics such as the biological basis of frequency analysis by the ear and brain, how neuronal adaptation supports our ability to analyze the auditory scene, how neural circuits in the brain encode and process dynamic sounds such as speech, sound localization and how speech perception is aided by being able to see people’s faces. Increasingly, he is concerned with how processing by our ears and brain change with age, and how this affects our ability to functions in complex auditory environments. 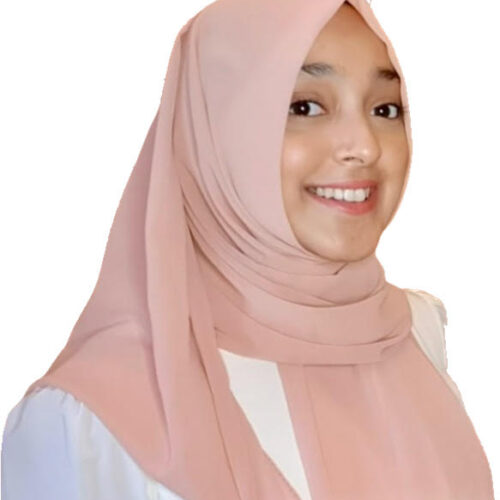 Hasina has recently completed her PhD from the University of Sheffield looking at acoustic insulation of pipes using wonder materials called aerogels. Her interests include polymers, materials and nanoporous media. Soon after finishing her PhD she worked as a Project Engineer looking at the flow monitoring and system maintenance of wastewater in pipes using dual-purpose fiber optic sensing technology. She has remained as a visiting researcher at Sheffield.
Since the very beginning of her academic career she has been actively involved in public engagement across the UK, encouraging young people, particularly women of minority groups to pursue with careers in STEM. Hasina loves to empower and inspire the next generation of Scientists. She believes significant change begins at the grass roots and through creating platforms for open discussions in smaller, less-progressive communities. She aspires to be a role model and a voice for the underrepresented, breaking barriers and succeeding as a woman in Engineering.
View Profile 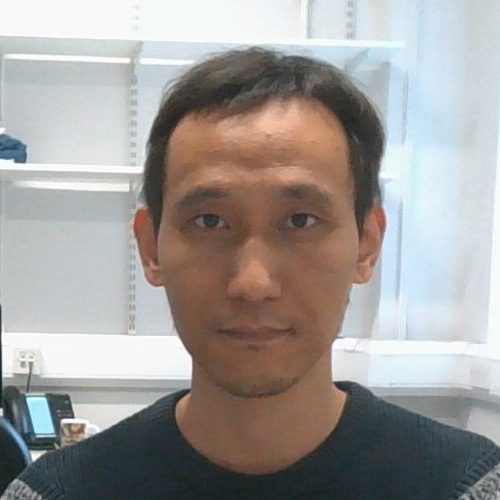 Mark is an expert on analysis and processing of audio and music, using a wide range of signal processing and machine learning methods. He led the first international data challenge on Detection and Classification of Acoustic Scenes and Events (DCASE 2013), and hosted the DCASE 2018 Workshop in Woking, Surrey. He led the EPSRC project “Making Sense of Sounds”, and is a co-editor of the recent book on “Computational Analysis of Sound Scenes and Events” (Springer, 2018). He currently holds a 5-year EPSRC Fellowship on “AI for Sound”, aiming to bring sound recognition technology “out of the lab” for the benefit of society. 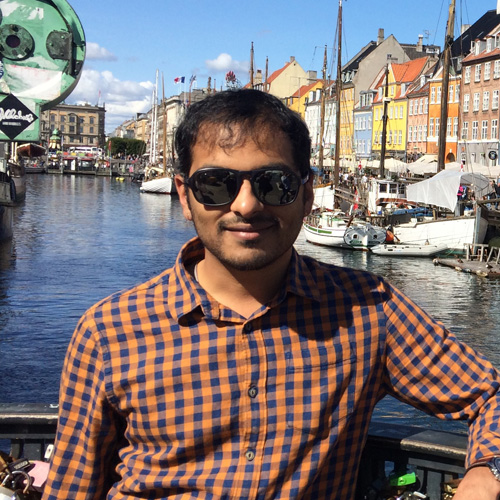 Nikhil is a marine acoustician and has worked in commercial and academic settings. His interests include signal processing, modelling, experimental studies, interdisciplinary solutions. Currently he works in sonar signal processing and related algorithms. He was previously at Seiche Ltd working on impact assessment of anthropogenic noise on marine life. Previously a visiting research fellow at University of Bath, he worked on marine mammal detection using opportunistic signals. Nikhil was awarded: an MSc and a Ph.D. from University of Southampton – on ultrasonic cavitation; and an M.Tech from IIT Delhi in Mechanical Design – working for Tata Motors. His other interests include training, outreach, and amateur astronomy. 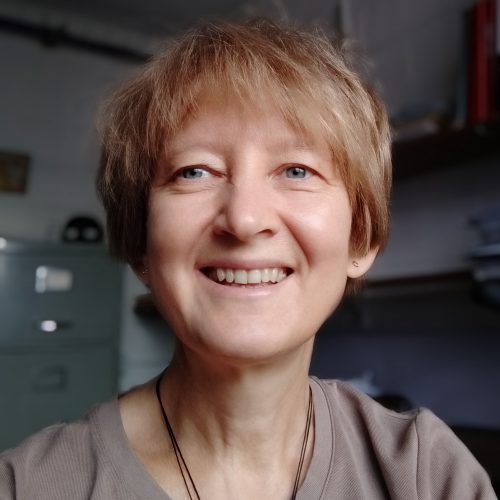 Olga conducts research projects and supervises PhD students studying the application of natural and artificial materials in acoustics. Her current research interests include nonlinearities of acoustic metamaterials and granular chains, acoustic properties of nanoporous materials and natural porous materials. She has published widely in leading acoustical and physical journals including Journal of the Acoustical Society of America, Journal of Sound and Vibration, Journal of Applied Physics and Physical Review. She has an MSc in Physics from Moscow Institute of Physics and Technology and a PhD in Acoustics from General Physics Institute, Russian Academy of Sciences. 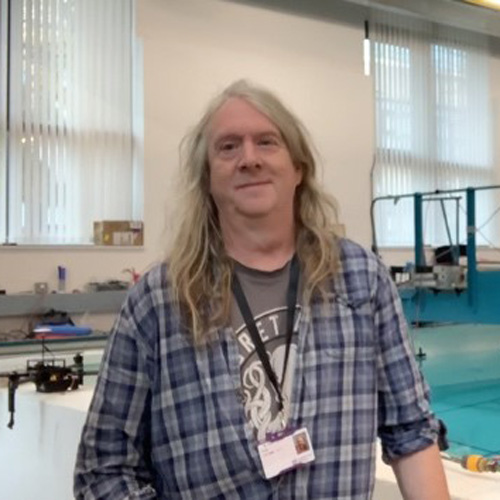 Paul has nearly 30 years’ experience of studies in physical and biological aspects of underwater acoustics. He received his Ph.D. in 2000 from Loughborough University in Parametric Sonar development. From 2000-2002 he was a visiting Scientist at Scripps Institute, UCSD, San Diego, returning to Wolfson School in 2002 to his current role as head of underwater research. He has over 200 published papers in the area of underwater acoustics and bioacoustics. He is a Fellow of the Higher Education Academy and Deputy Associate Dean of Enterprise for Wolfson School, Vice-President – International for the Institute of Acoustics (UK) and General Secretary of the European Acoustics Association (EAA). He has been on the organizing committees on numerous national and international conferences including ECUA (2012), OCEANOISE (2015), Effects of Aquatic Noise AN2019 (2019/2022), INTERNOISE (2022), etc, and has chaired / co-chaired various international conferences in areas of underwater acoustics, bioacoustics and underwater noise. 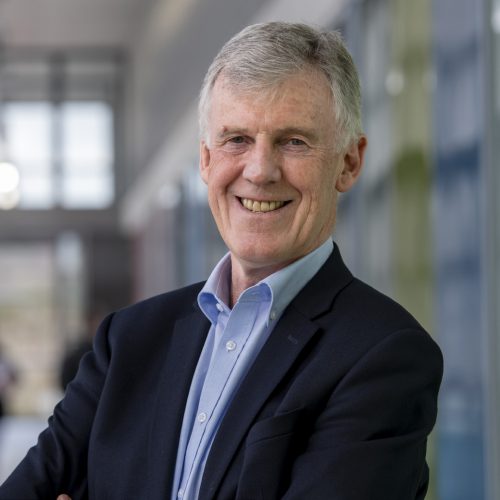 UKAN+ Lead for UKRI and Government Engagement
Professor of Acoustics in the Institute of Sound and Vibration Research at the University of Southampton.

Philip has personal research interests in the fields of acoustics, vibrations, signal processing, control systems and fluid dynamics. He served from 2005-2013 as Pro Vice-Chancellor of the University of Southampton, with particular responsibility for Research and Enterprise. From 2014-2018 he served as Chief Executive of the Engineering and Physical Sciences Research Council. He is a Fellow of the Royal Academy of Engineering and was made a Commander of the Order of the British Empire in the 2018 New Year Honours for his services to UK Engineering and Science. 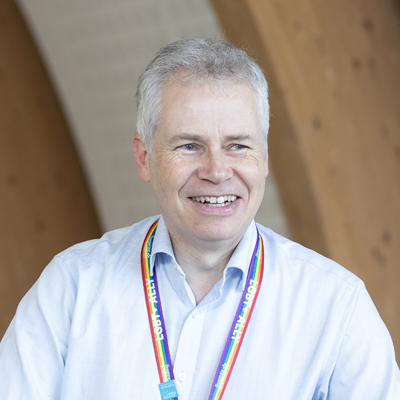 Simon’s research interests span computational and mathematical acoustics.  At Reading he has held leadership positions including a job-share as the inaugural Dean for Diversity and Inclusion, in which role he co-chaired work on gender and LGBT+ equality which led to a first Athena SWAN Silver award at institutional level in March 2020, and to Stonewall Top 100 Employer status in 2019 and 2020. Awarded the Institute of Acoustics’ Tyndall Medal in 1996, Simon is part of their Diversity, Inclusion, and Equality Working Group. 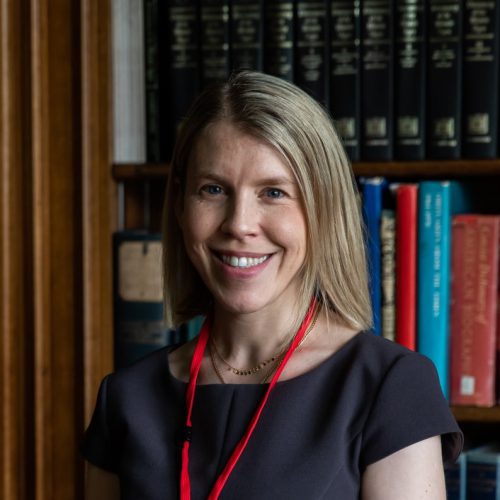 Simone joined UKAN in 2017 as lead coordinator of the Early Career SIG. She now leads the same SIG in UKAN+ and represents UKAN’s early career members on the Executive Board. Outside of UKAN+, she is a Post-Doctoral Research Fellow in Speech Signal Processing for Hearing Devices (EP/S031324/1) and Senior Post-Doctoral Research Fellow on the Cadenza Project (EP/W019434/1) at the Acoustics Research Centre, University of Salford. She specialises in speech intelligibility, enhancement, privacy and security. Simone is a member of the Institute of Acoustics and the Acoustical Society of America and is on the UKSpeech Committee and the European Acoustics Association (EAA) Technical Committee for Audio Signal Processing. 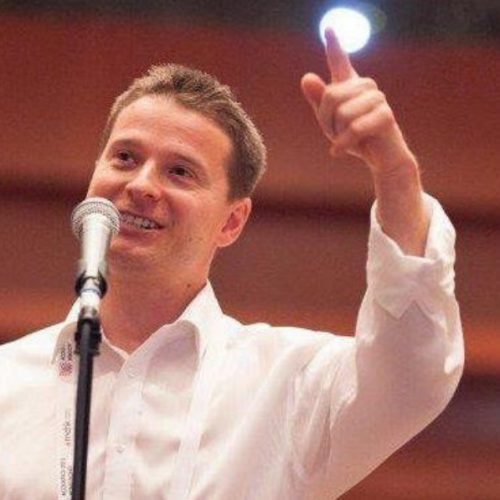 Stephen is the Co-lead for the Special Interest Group Room Acoustics and Communication. His research interests lay at the intersection of computer simulation, education, speech intelligibility, and hearing to create a better environment for classical musicians. Since 2007 Stephen has been the Director of the Acoustics Group at LSBU. His work has been published in leading scientific journals and has been recognised with awards from the Institute of Acoustics, Acoustical Society of America, and the Higher Education Academy. Stephen has a long track record working as PI on projects with Foster and Partners, Royal Opera House, Marconi, Brookfield Europe, Siemens, and the Royal Academy of Music. 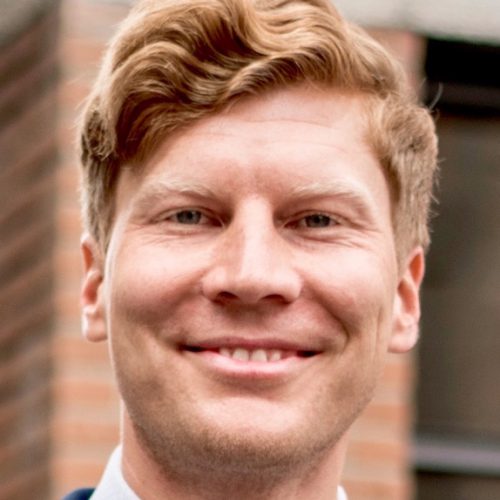 Tobias holds an MRC Career Development Award at the MRC Cognition and Brain Sciences Unit, University of Cambridge. As an Engineer originally from Germany, he transitioned into medical hearing research by obtaining his PhD at the University of Southampton. Tobias recently started his own research lab (www.deephearinglab.com) as part of the Cambridge Hearing Group and focuses on the speech transmission process with hearing devices (cochlear implants, hearing aids and hearables) using techniques from auditory neuroscience, engineering and deep learning. An integral part is to measure listening benefits and perceptual effects by people that have hearing difficulties. 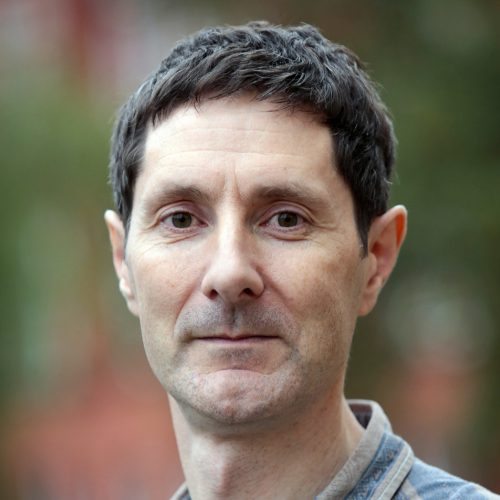 Trevor carries out research and teaching focussing on architectural acoustics, signal processing and audio perception. Trevor was an EPSRC Senior Media Fellow and has presented 25 science documentaries on BBC Radio, authored 3 features for New Scientist and written two popular science books (Sonic Wonderland and Now You’re Talking). He was given the IOA award for promoting acoustics to the public in 2009 and an ASA award for Science Writing in 2015. He has developed and presented science shows including at the Royal Albert Hall, Purcell Rooms and the Royal Institution.