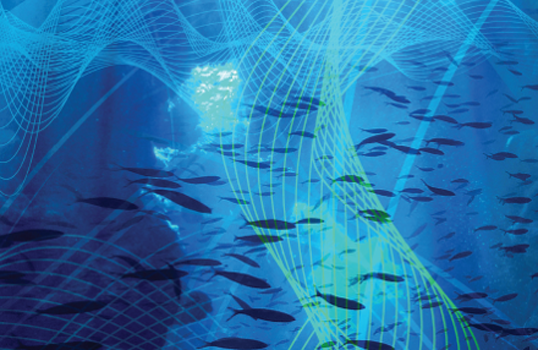 The Special Interest Group (SIG) for Underwater Acoustics (SIGUA) is concerned with the generation, transmission, and reception of sound in the underwater environment including the interaction between sound and underwater surfaces and structures. The principal function of the SIGUA is to provide a forum for researchers, practitioners and users of underwater acoustics, covering analysis, modelling, synthesis, and measurement, across all possible underwater applications.

The main way this is expected to be achieved is by demonstrating the value of research in underwater acoustics to national challenges and strategic areas for research development. The SIGUA should also develop ways to capture different stakeholder valuations of research in underwater acoustics and to demonstrate the wider value to public life and its impact on society and the economy.

The SIGUA will divide its efforts between a series of workshops, conferences, and other scientific events to exchange ideas and promote discussion between researchers, practitioners and users and a set of specific objectives. Some of the specific objectives that have been identified include: (i) produce a picture of the UK research landscape over the past 3 years considering such aspects as research trends, priorities, and funding; (ii) produce case studies showing the value and impact of underwater acoustics; (iii) produce an overview of current research priorities for practitioners and users; (iv) assess potential sources of funding for research priorities; (v) assess expertise available to support research priorities; (vi) develop list of up to 3 grand challenges in underwater acoustics; (vii) develop strategy to address gaps in senior representatives, early career researchers, and available expertise (if appropriate).

In parallel, the SIGUA will identify useful resources for underwater acoustics to be included on the UKAN website (www.acoustics.ac.uk). This will include a series of online educational resources, such as online seminars, events, such as grant writing workshops and conferences, and databases, such as lists of available facilities, models, and who knows what. These objectives will be discussed and agreed between members in the first six months of the network.

Register now to be part of The UK Acoustics Network